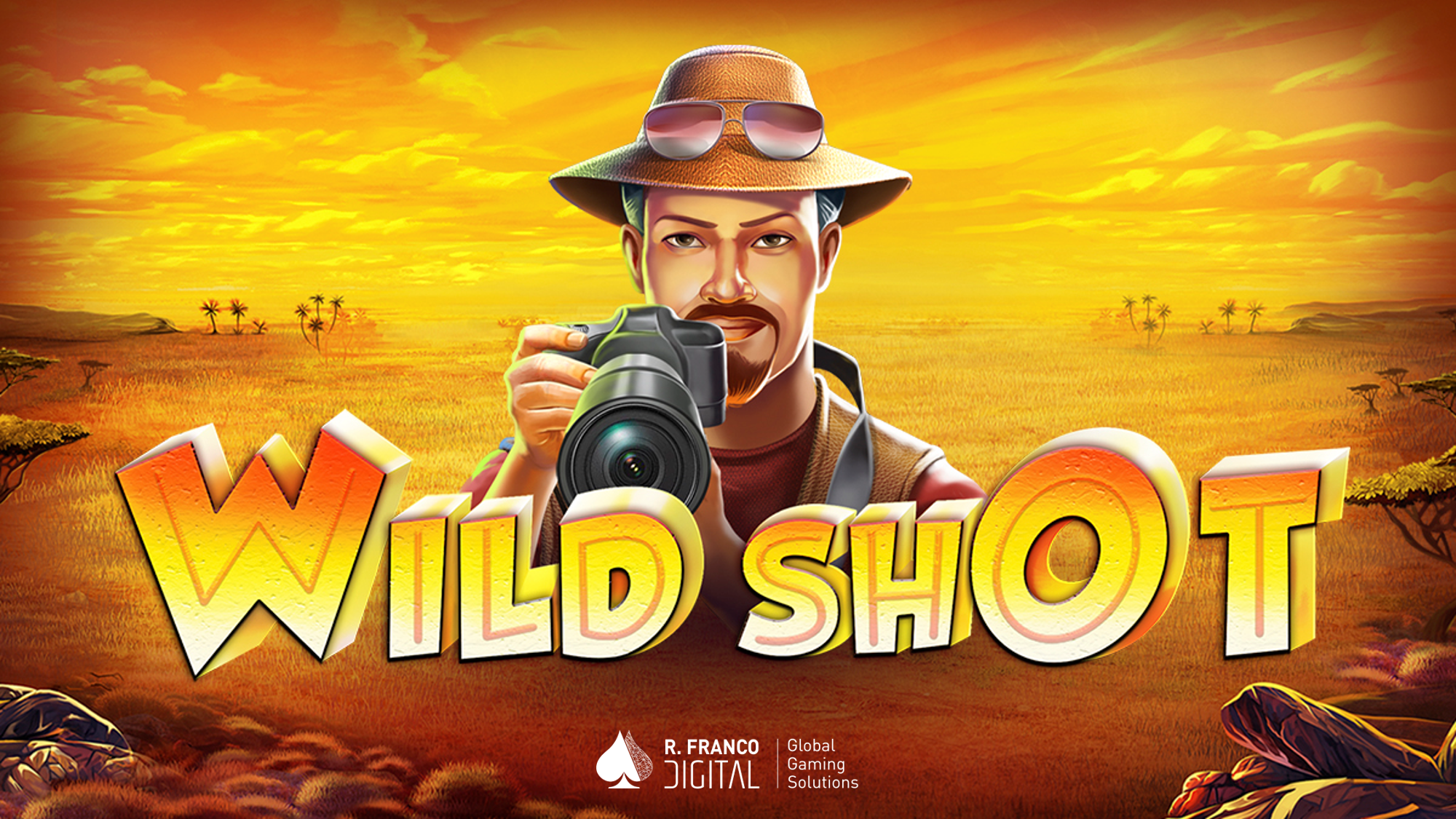 R. Franco Digital is challenging players to capture the beauty of nature in Wild Shot, a new online slot adventure that combines risk-taking and photography in a safari setting.

Players aim to survive the wild animals of the savannah to take striking images in this five-reel, three-row and 20-line game that has been designed to keep intrepid explorers on the edge of their seats.

Within the constantly exciting environment, players are sure to release large doses of adrenaline to overcome the obstacles they face in capturing, then fleeing from, a dangerous natural habitat.

Wild Shot, which has a maximum prize of 2,657x the stake, contains the chance for players to land the Photography Feature. On certain occasions, between eight and 10 positions will be randomly chosen and marked with a frame to identify them as Special Positions, with at least one on each reel. At the end of the spin, any animals occupying a Special Position will turn Wild, offering a chance for players to gain big wins.

Three or more Scatter symbols unleash the Free Spins round. Fifteen, 20 and 25 Free Spins are available for players who hits three, four or five Scatters respectively, while Scatters that appear during Free Spins session will also be converted into Special Positions.

In certain jurisdictions, players can buy their way into the Free Spins round. This feature can be deactivated at the request of the operator.

Commenting on the launch, Mario Benito, Commercial Director of R. Franco Digital, said: “With Wild Shot, we have created a slot experience that combines interesting game mechanics with a theme featuring the very best and wildest elements of the natural world.

“It is a game that features superb visuals and a fascinating theme. I am certain that with its dynamic gameplay, Wild Shot will resonate with our operator partners’ players across LatAm and MGA markets.”

Wild Shot is the latest addition to R. Franco Digital’s extensive games catalogue, which can be enjoyed by players across Colombian, Spanish, MGA and Curacao-licensed markets.